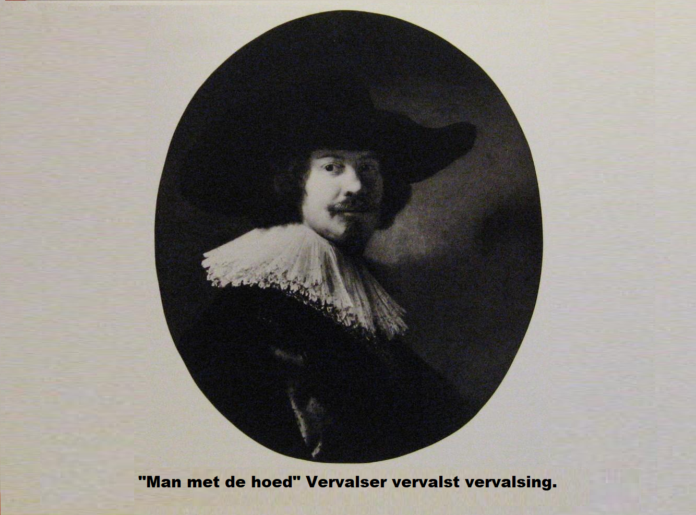 Abbreviated story about my experiences abound the insurance of Rembrandt’s “Portret of a man in a broad brimmed hat “, Gerson no. 201.

(photo of book)
Exhibition prospectus about the exhibition “The Impact of a Genius“, Rembrandt, his Pupils and Followers, published at the time by Messrs Waterman.

Main participants in this story :

1) Art dealer Messrs Waterman, Rokin Amsterdam (who organized the exhibition in 1984 Rembrandt, Portrait of a Genius)
2) Earl C. Townsend, Judge from Indianapolis and at the time owner of painting “Man in the Hat”. Painted on panel (so once made on wood, so that the image is beautifully smooth and therefore not on canvas, because then you see the structure of the canvas). The wood was then torn away and the plate was put on canvas.
3) Hans van Ommen /Lugt Sobbe &  Co Your narrator and he provided insurance for the exhibition “Genius” (Under this title a book has also been published) That book is part of the collection of books in the Insurance Museum De Verzekeringskamer in Doorn.
4) Prof. Ernst v.d. Wetering, (affiliated with the Rembrandt Institute)
5) Brinkers Gerlach, (the transporter of the collection that would be shown at Waterman Art dealers and in the Friesch Museum)
6) Victor Waterman, son of the owner of the store, also restaurateur of “De Man met de Hoed”. (Victor Waterman died on October 11, 2017 at the age of 87)

My company (Lugt Sobbe & Co. Underwriting Agents), specialized in insuring interests that other insurers did not want, could not or did not dare to insure. As a proxy agent of Lloyd’s of London (Certain Underwriters), we were able to adequately insure countless difficult cases.

The Art dealer of Waterman was a customer of Lugt Sobbe & Co. and Mr. Waterman Sr. asked us to take out insurance for all 242 drawings and paintings – made by Rembrandt – that would be transported to NL from private property and exhibited. Because I was not an art expert, I decided to issue my own insurance certificate for each painting. It listed the name of the owner and the number of the Gerzon registration in addition to the name of the owner.

On the move to the Netherlands on a pick up truck
It was in the middle of a night from Friday to Saturday that I got a call from an American named Earl C. Townsend. He told me that he owned Painting The Man in the Hat, by Rembrandt.
And that he had just given the painting to a cowboy who had come home with a pickup truck.
Together with the cowboy he had wrapped the painting in a few blankets and tied it to a wooden pallet!

We insured that painting at Lloyd’s for $6 million!

Mr. Townsend spoke out to me:

“The last thing I saw of my painting is “A cloud of dust in the dessert”.
“And now I fear that this is not ok.”

So he was worried and rightly so.

Brinkers Gerlach
Indeed, I had written a warranty in the wordings of the insurance contract that the transport would take place under the auspices of Brinkers Gerlach, in those days a specialized transporter of works of art. Their trucks are also cooled and equipped with systems that can guarantee the right degree of moisture.

Transport by pickup truck is does not fall within the warranty.
How Earl ever got my home number, never became clear to me.

Friday night fever
The sweat of fear broke out of me and I feared a claim that would never become clear when and how it had arisen. I couldn’t sleep anyway, so I went to the office. There I looked at the insurance papers to make sure the correct documents, certificates and descriptions were in place. During the night i made several attempts to get in touch with Brinkers Gerlach by phone at Schiphol.

It was not until Monday morning about 7 o’clock that the phone was answered at Brinkers Gerlach. I made myself known and reported that I held Brinkers Gerlach liable for any damage that could result from the method of transport by Pickup truck.

Problem solved
They almost immediately confirmed to me that the painting had already arrived at Schiphol Airport. Indeed still wrapped in blankets and tied to a rack of wood. The employee in question also found this form of packaging unusual for a painting with an insured value of 6 million. Usually padded matching chests are used for the transport of expensive art.

In a panic I then called the Rembrandt Institute and spoke to Prof v.d. Wetering. He shared my opinion that this form of transport was extremely unusual. When asked, he was willing to check the painting for any damage.

Forgery
What he didn’t tell me was that he was now sure it wasn’t Rembrandt’s work. Six weeks later, the exhibition opened. I was there. The most precious piece “Man in the Hat” was prominently placed in a glass display case. Mr Waterman said son Victor had restored the painting and fitted it with a new layer of varnish.

Indeed, the painting looked like new. In one word Magnificent. A few months later the exhibition moved to Het Friesch Museum.

And then all the pieces were sent back to the owners.

Blacklight showed the canvas
A few years later, I got another call at 3:00 in the night. Again Earl C. Townsend on the line. That he had a problem with the painting.

He could see the canvas through the image and that is not part of a painting that was once painted on panel (wooden plate).

The structure of canvas was particularly striking when applying Blacklight (purple light).
I was shocked and contacted Prof, van de Wetering. He informed me that he could not give me information about his findings, because he would not publish the result of his research for a few years. Until then, he was not willing to make announcements about the inspection of the painting Man in the Hat. When I asked if the painting he controlled was on panel, he was able to confirm to me that the copy he had placed under the X-ray had been made on panel. As far as the conclusions of his research were concerned, he had sent the owner an official report by now, so only he could tell me what the conclusion of the research by Prof. v.d. was. Wetering. Then I asked the owner to provide our claims expert (Mr. Smith, a Lloyd’s surveyor) with a copy of the report that was made at the time about the painting on panel. In the report of Prof. v.d. Wetering insisted that the painting was not attributed to Rembrandt.

The painting Earl C. Townsend now had in his house was not painted on panel, which is why the canvas could now be seen through the paint. And what we saw in the display case was indeed brand new. It was probably still soaking wet, which is why it had to hang in a display case. And so the new painting was recently made on canvas and that was now hanging at Earl’s house in Indianapolis. Where the image on panel has gone is unknown to me. Probably sold for $6 million to someone with a lot of black money. We then paid Earl $100,000 in compensation for the loss of the forgery he had once sent to the Netherlands by pickup truck.

And I can tell you : Lloyd’s Underwriters were “stunned” at the care with which I had surrounded the insured’s interest at the expense of my night’s sleep.

In my opinion a standard service to the cliënts, nothing special! 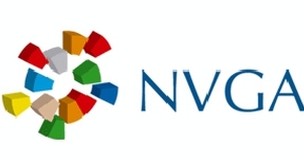